Paolo Cesare Maldini was born on the 26th of June 1968. He is an Italian former professional footballer who played as a left back and central defender for A.C. Milan and the Italian national team. 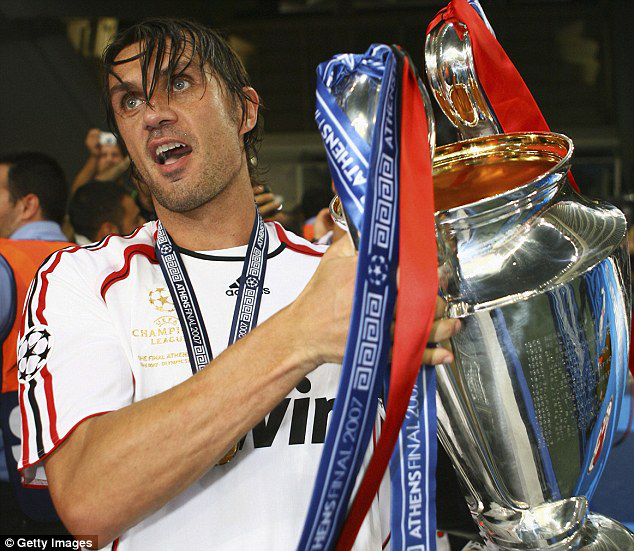 Maldini captained Italy for eight years and held the record for appearances made as Italy’s captain, wearing the armband 74 times, until he was once again overtaken by Cannavaro, in 2010.

Maldini is regarded as one of the greatest defenders of all time.

He played at a world class level for his entire career spanning two-and-a-half decades, and won the Best Defender trophy at the UEFA Club Football Awards at the age of 39, as well as the Serie A Defender of the Year Award in 2004.

He came second to George Weah for the FIFA World Player of the Year award in 1995.

In 2002, he was chosen as a defender on the FIFA World Cup Dream Team, and in 2004 he was named in the FIFA 100 list of the world’s greatest living players.

He is also the record appearance holder for Milan with 902 appearances in all competitions.  He is one of only 18 players to have made over 1,000 career appearances.

Following his retirement after the 2008–09 season, his lifelong club Milan retired his number 3 shirt in his honour, and in December 2012, he was inducted into the Italian Football Hall of Fame.