Ruskin Bond, the famous Indian writer had said: ‘It is always the same with mountains. Once you have lived with them for any length of time, you belong to them. There is no escape.’ Which is why people have head out to conquer the mountains on the face of failure, over and over again. Today we are going to look at some of the highest mountain peaks in the world that have an alluring charm to them like no other place.

Located in Nepal, part of Cho Oyu and was conquered in 1950, the mountain is counted among the world’s most dangerous mountains to climb. Its fatality rate is right after that of Kangchenjunga. The name Annapurna in Sanskrit means “full of food” which can be translated into Goddess of the Harvests.

Ninth one on our list of tallest mountains is the Nanga Parbat or what is locally known as Diamir or Deo Mir. Its parent range is Dhaulagiri, it lies in Pakistan, and the mountain was conquered by humans in the year 1953. Extremely difficult to climb and the cause of several deaths, the mountain was sometimes referred to as the “killer mountain.”

Located in Nepal, the parent mountain is Cho Oyu, and it was ascent in 1956. The name Manaslu means “mountain of the spirit,” and it has been derived from the Sanskrit word Manasa, meaning “intellect” or “soul.” The mountain offers a variety of trekking options thanks to a series of long ridges and valley glaciers. Of recent, a conservation area has been established to do conservation and sustainable management. 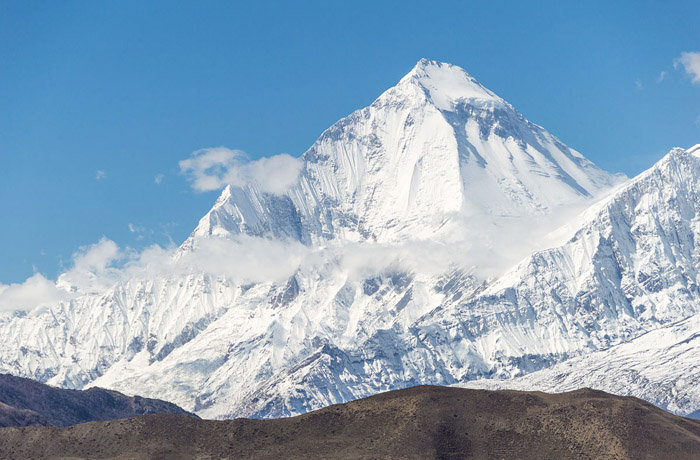 Dhaulagiri I belongs to Nepal. It was part of K2 and was first conquered by a Swiss/Austrian/Nepali expedition of Kurt Diemberger, A. Schelbert, E. Forrer, Nawang Dorje, and Nyima Dorje in 1960. The name of the mountain expresses the dazzling looking mountain with its beautiful white peaks. It is the highest point of the Gandaki river basin and lies close to the world’s deepest river. 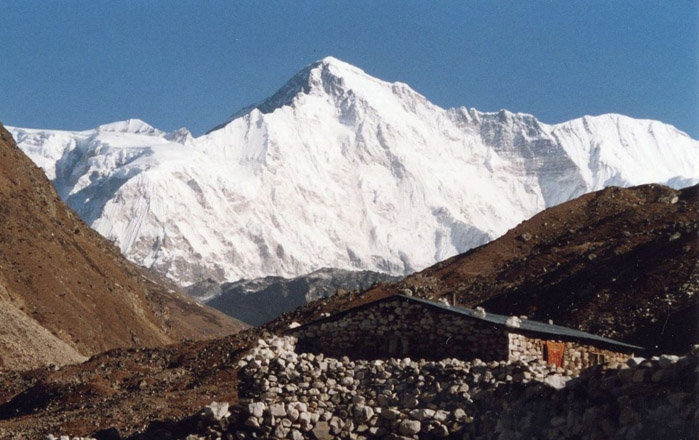 The mountain is part of Mount Everest, lies in Nepal, and China and was ascent in the year 1954 by Herbert Tichy, Joseph Jöchler, and Pasang Dawa Lama. It is perhaps the easiest mountain peak to climb and is therefore very popular among mountaineers. It offers moderate slopes and is worshipped by living at the feet of the mountain. The name itself means “Turquoise Goddess” in Tibetan. Cho Oyu is sixth on our list of highest mountain peaks.