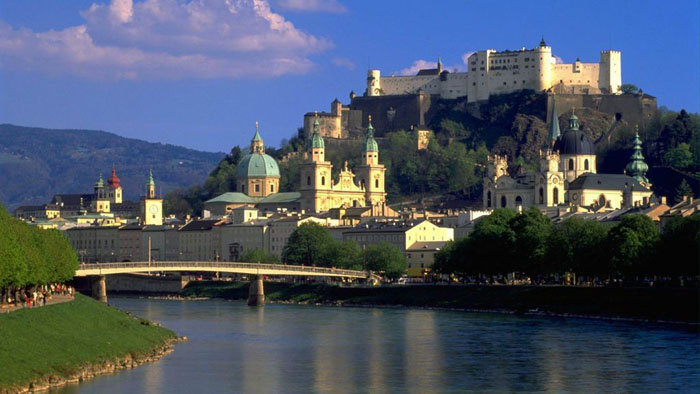 It sits on top of a hill in the city of Salzburg, Austria. Considered one of the largest castles in the world, it was built at the behest of the Prince-Archbishops of Salzburg. The castle was later expanded and more towers and courtyards were built. Since the 19th century, the castle has been refurbished a number of times and is currently a popular tourist attraction.