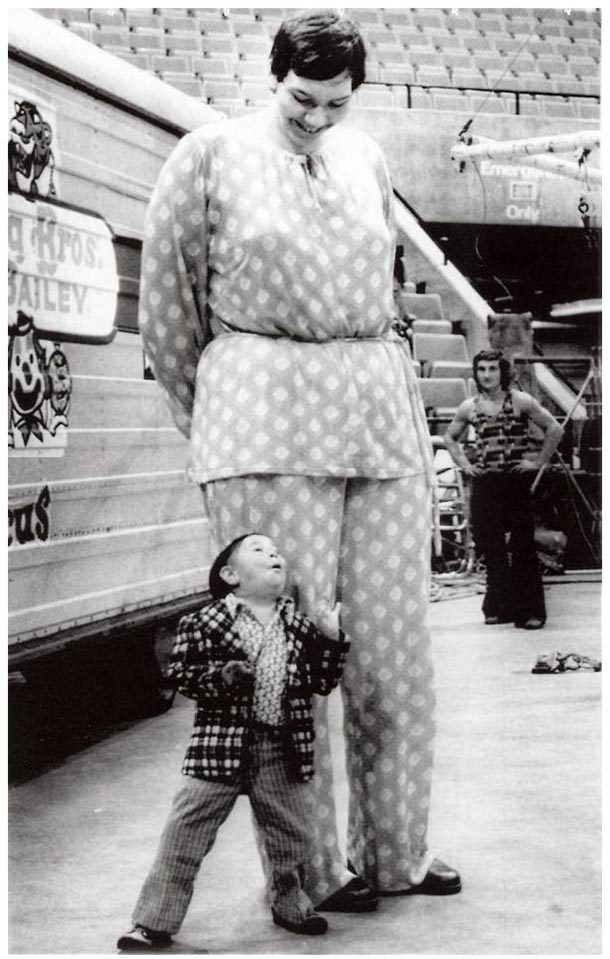 Sandy Allen who was born in 1955, was once considered the tallest women in the word, by the Guinness Book of Records.

Like Ella Ewing, she also performed mostly in the circus but was also an actress.

During her life time, the world had no female match for her height, as she stood at a daunting 7feet, 5.5inches, which amounts to about 231.78 in centimeters.