The French forward Cisse cannot say he had his career as smooth and beautiful as his hair styles.

Cisse’s first leg break happened at Ewood Park while playing for the Reds. He managed to fracture both the tibia and fibula of his left leg not a result of a tackle, but rather from an awkward fall after the striker caught his blade boots in the turf. 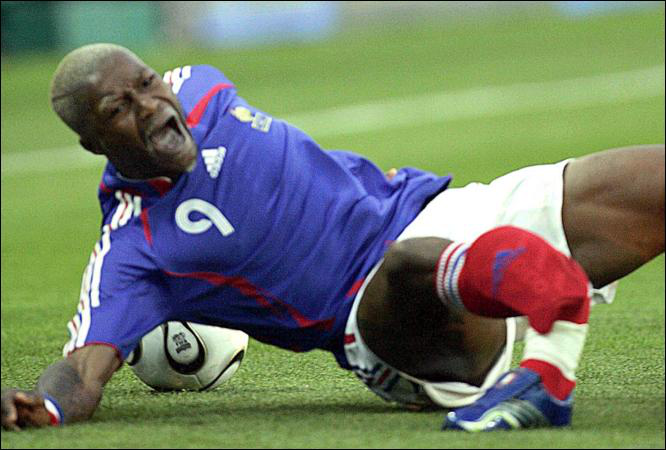 Two years later, unbelievably, he was forced to miss the World Cup finals after shattering his right leg during a pre-tournament warm-up clash against China.

It took Cisse 7 months each to return from both injuries.