Alan Smith’s injury was described by Sir Alex Ferguson as one of the worst injuries he’d ever seen.

In the game against liverpool, Smith broke his left leg and dislocated his ankle after landing awkwardly while blocking a John Arne Riise free-kick. 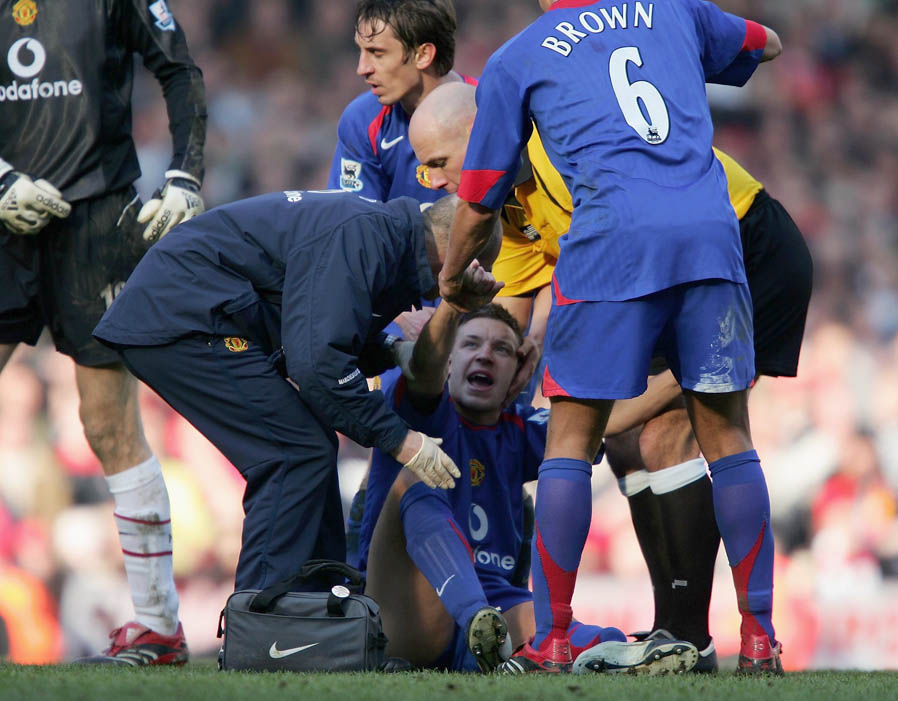 Recognizing the severity of his injury, the fiery former Leeds star was given an unlikely ovation by many of the Liverpool fans as he was stretchered off the pitch.

The injury kept Smith out of action for seven months.